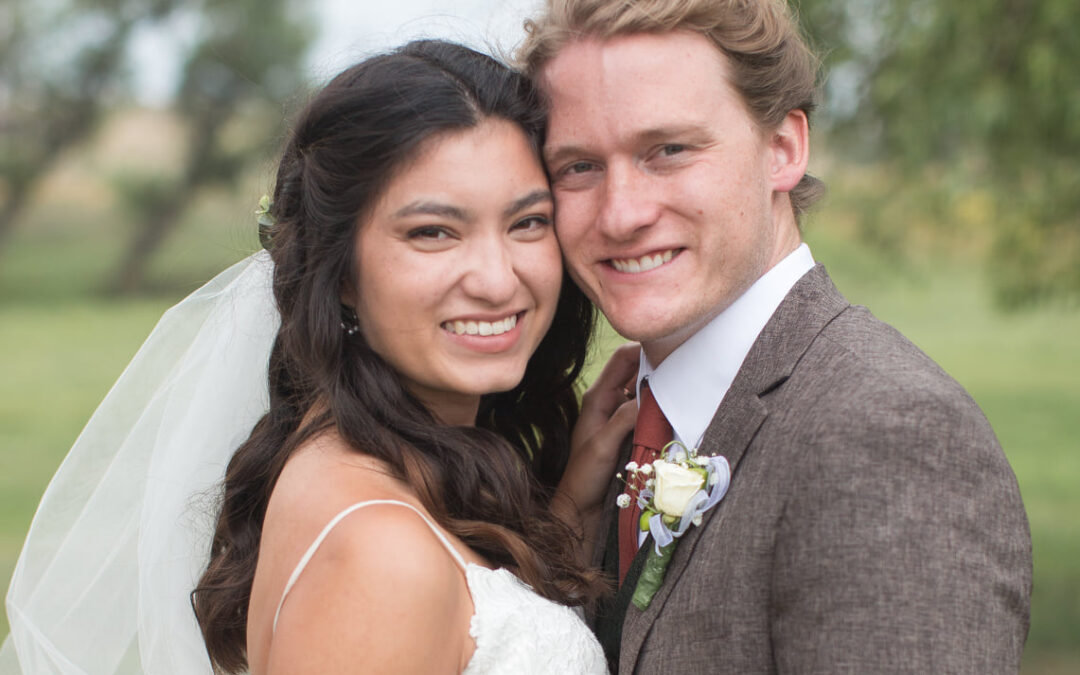 My son and his bride are now official. I am still overwhelmed by the fact that I have a married child. But I am more blown away with what God did that day. I think my daughter Ashley put it in the best words.

The weatherman was predicting flash floods and pouring rain all day, and attendees from all around said they drove through pouring rain to get to the venue. But God, while providing cloud cover that kept it cool and gave perfect lighting for pictures, made that rain skirt us on either side all day, only hitting us three seconds after we sent the newly married couple off. God was so gracious!

We were watching the weather forecast from the day before, that is, wedding rehearsal day, all the way through to the time to set up all the equipment. The question we had was whether to chance it and set up all the sound and chairs outside or in the barn. And just to add to the mix, there were a few intermittent teasing breaks in the clouds, so nothing definitive.

I held off as long as I could. The wedding was scheduled for 4:30pm and so at 3:15pm, with no rain yet, but total overcast skies, I started to pull the speakers, mixer, computer, and wireless mic outside. At 3:45pm, there were a few sprinkles. So, I covered or wrapped all the electronics with heavy trash bags.

Guests started to arrive on time, and they were all saying that they drove through heavy downpours. It didn’t seem to matter from what direction they came, it was raining and there were flash flood watches and warnings all around us. As close as six miles away there was torrential rain. But we were dry.

Almost everyone was seated and the ceremony started just after 4:30pm. At 5:00pm, with the ceremony complete, the wedding party had pictures taken, and the guests were enjoying charcuterie served outside before the meal and dancing. The temperature hovered in the lower 70s…on July 31!! When does that happen?

By this time, we weren’t even worried about the weather anymore. We just enjoyed the evening with our friends, family, and new in-laws. Everything went off as planned. The newly married couple were sent off at 8:45pm with cheers and confetti. And by the time they reached the exit of the venue, it started to rain.

But at that time, all the outside equipment and food lines had been removed and were safely indoors. The guests quickly got to their cars and we were left to pack up. We all got soaked at this time, but we were thanking God for His wonderful mercies.

And you know, even had it rained and we had to move inside, or even had it ruined my electronics, God is still good. He takes care of His kids. And He throws in some extra blessings now and again just because. That’s God.

I have wondered at times why a God such as this would love us, would love me! And the Bible has the answer, if you can call it an answer. It essentially says He loves us, because He loves us. It has nothing to do with who we are, but because of who He is. It isn’t bacause of anything we have done, but He has demonstrated His love by what He did, by paying for the sins of His kids.

I am continually amazed at how He shows mercy and blessing and love. I know I shouldn’t be because He’s like this all the time. He loves and blesses His kids. Yes, sometimes it comes in the form of discipline, but that’s how a good parent loves their kids too. God is good. All the time. And all the time, God is good.

How has God blessed you today?