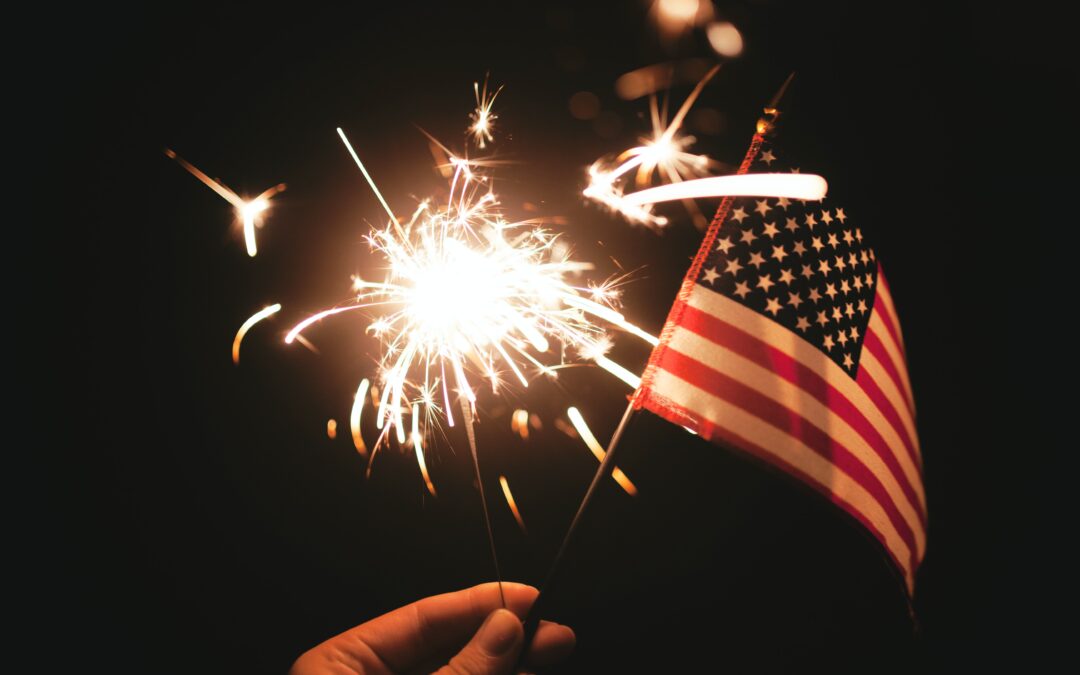 When I was a kid, I loved the Fourth of July. Growing up in small town western Kansas in the 1970s, there weren’t too many foreworks stands, but they were well stocked. I would sometimes spend over $100 (which at that time was a lot of money) on all manor of firecrackers, bottle rockets, roman candles, and other explosives. As I look back, I not only remember all the fun we had, but am also thankful that I still have all my limbs and appendages.

My brother Danny and I would buy cheap model cars and airplanes, and put them together only to later blow them up. We would attach bottle rockets to the wings of the planes, light them, and try to throw the aircraft at just the right time so they would fly, then burst into flames. We never got the timing right, throwing the plane too early. It would hit the ground before the bottle rockets ignited all the way. They would spin around some, then blow up. Still pretty cool, but not like we envisioned it.

With the model cars, we would soak napkins or kleenex with a little gas, then stuff that along with fire crackers and bottle rockets in the passenger area, attach a bottle rocket to the outside, light it and roll the car down a ramp. The car would take off with the power of the rocket, then burst into flames with all manor of other explosions.

We also stuck firecrackers into red ant holes to blow them up. But first, we would soak the ground around the fire ant entrance and beyond, so when the ants came running out, they would burn up. If one got away, we would squirt the lighter fluid from the flame and chase the ant with it. That was pretty stupid.

Like I said, I am thankful to have all my limbs and appendages.

Today, my family likes to invite other families over for brats, burgers, and hot dogs, a bunch of sides, and several batches of my homemade ice cream. We play games and have a great time of fellowship together. And we thank God for our Founding Fathers, and our military who fought to make and keep us free.

Thomas Jefferson, Benjamin Franklin, George Washington, Samuel Adams, John Adams, John Hancock, James Madison, Patrick Henry, and the list goes on. At that time in history, the USA had a population of about 2.5 million people. These 2.5 million produced these great men who forged our freedom with their own blood and determination.

Today, we have 330 million people in the USA, more than 130 times greater population than in 1776.  And with this many people we have produced…Lady Gaga? AOC? The Squad? Joy Reid? Bernie Sanders? Joe Biden? And these people have given us Critical Race Theory, Political Correctness, Gender Confusion, Cancel Culture. A far cry from what we had 243 years ago.

This year, I encourage you to read the Declaration of Independence, and maybe even the Constitution. They are both pretty short. Read them out loud to your family. The grievances our Founders had in 1776 seem to be coming back with a vengeance. Our Founding Fathers were willing to give everything so their children’s children could be free.

Where are the men and women today that are willing to do the same? Where are the people who can echo what was said in our Declaration of Independence where it says:

“We hold these truths to be self-evident, that all men are created equal, that they are endowed by their Creator with certain unalienable Rights, that among these are Life, Liberty and the pursuit of Happiness.–That to secure these rights, Governments are instituted among Men, deriving their just powers from the consent of the governed…

…and for the support of this Declaration, with a firm reliance on the protection of divine Providence, we mutually pledge to each other our Lives, our Fortunes and our sacred Honor.”

This Fourth of July, consider the cost that made this Country the greatest nation to ever exist. And consider what you would give to restore that greatness. Ask, what was it that the parents of our Founders taught their children that gave them the courage to stand for truth and justice? What would happen if we taught our children the same things and held them to the same standard?

If this interests you, check out my Retreat coming this August. I have an In-person option, Live Stream option, and a Download option. You can find all of these here. I have tried to make the cost affordable for everyone. And with the Download option, you will have access to watch the videos whenever convenient. This Retreat is about good old-fashioned values, principles, responsibility, decision-making, attitude, and work ethic. Stuff our Founders were made of.

Sign up today. If you really don’t like what you see and hear, I’ll reimburse you your full registration cost. No questions asked. What are you waiting for? Register Here today.