The Easy Road to Bondage 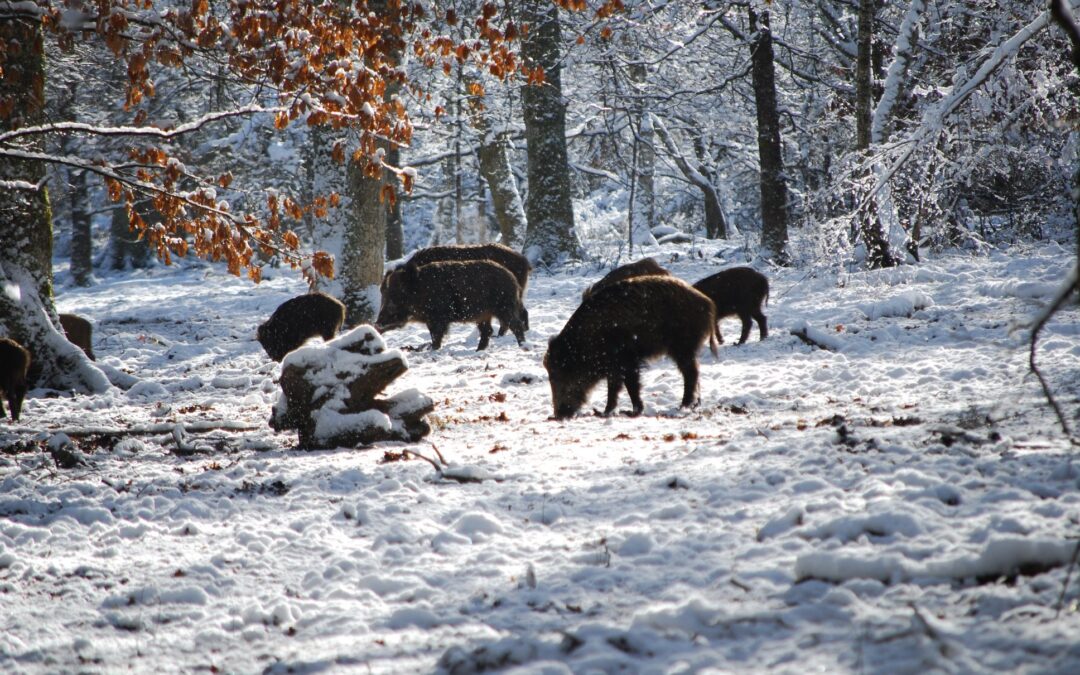 A story is told of a time many years ago in the Great Smoky Mountains when some pigs got loose and ran off into the wild. No one thought much about it until they multiplied, became wild, and destructive. The people in the area thought they could hunt them all down, but the pigs were smart and evasive.

In desperation, they advertised a reward for anyone who could get rid of their growing problem. Many came with guns, traps, and high hopes, but none could slay these slippery swine.

One day an elderly man rode into town pulling a wagon filled with wood and grain. The local folks laughed when he announced he would singlehandedly capture all of the pigs. Scoffing, they pointed the foolish old man to where the porkers were generally seen, at the top of a nearby mountain. Off the man rode, hearing the ridicule of the masses fade as he drove futher away.

A full two months later, the man returned, cart empty, and a bit worn. The townsfolk approached immediately to take their joking jabs once again.

“NO. No. The job is done. The hogs are all trapped in a pin near the top of that mountain.”

Hurriedly the people scampered to the aforementioned location and sure enough, a large pin had been built and all of the pigs were trapped inside. And what’s more, they seemed almost happy to be there. Rushing back to the town, they found the man they had once scorned and asked, “How did you do it?”

“It was simple, really,” he explained. “I began by pouring out some grain in an open area. The lead sow couriously and cautiously eased her way to the pile of food, and when she began to eat, the others joined her. After a few days, I set a post nearby. They were a bit scared at first, but then ignored it and continued to eat the grain I poured out for them each day. I was able to set posts regularly, then began putting in the fence slats. The pigs arrived every day to get their daily rations. Finally, I built the gate, and when they all went in to eat their free food this morning, I closed and locked the gate.”

“It’s not all that amazing, really,” came the reply. “I knew I had them the minute they took the free food. You see, what they thought they were getting for free was really their downfall.”

Unforunately, this works on people too. I learned at a very young age the TNSTAAFL (Pronounced tanstaffle) rule. This stands for, “There’s No Such Thing As A Free Lunch.” Nothing, and I mean NOTHING is free. Anyone who says they are giving something away is really selling something. We are commanded to work.

We were designed for accomplishment, engineered for success, and endowed with the seeds of greatness. We were created to win; to be successful (however, success from a biblical perspective is not the same as the American Dream). But if you are going to win you must first plan to win, prepare to win, and then and only then can you expect to win. And the bigger the reward, the harder you’ll have to work to get it.

The easy way leads only to destruction and bondage.

The road to success isn’t easy. It is fraught with difficulty, failures (check out this post), disappointment, joy, sorrow, gains, and losses. But without risk, there is little to no reward.

Want to learn more about this? Go to my Events page and sign up for an upcoming Retreat, Seminar, or buy a download. Or, if you want me to come to your neck of the woods, contact me, and let’s see what we can arrange. I also offer individual and corporate coaching. Find out more by emailing me at steven@co-inspire.biz today.